An early goal from Mohamed Salah and a late one from Divock Origi gave Liverpool a 2-0 win over Tottenham Hotspur in Saturday’s all-English Champions League final as coach Juergen Klopp finally got his hands on Europe’s biggest prize.

They are champions of Europe for a sixth time.

“Everybody is happy now! I’m very glad to play the second final in a row and the full 90 minutes, finally,” Salah said. “It wasn’t a good performance from any of us individually but that doesn’t matter now.”

Via The Guardian, Trent Alexander Arnold said: “It’s hard to even put into words what’s just happened. With the season we’ve had we deserved it more than any other team. We’ve beaten everyone put in our path, We were probably dominated for the main part of the game but we showed we’re a world class side and can win any way. When we look back tonight we’re not going to think it was a sluggish game, we’re going to think we’ve just won the European Cup! I’m just a normal lad from Liverpool who’s dream just come true.”

Liverpool’s players know precisely who to thank for that. After the medals had been handed out in Madrid’s Estadio Metropolitano, after the trophy had been lifted and the glitter cannons exploded and the fireworks illuminated the night sky, after the players had celebrated with the fans, just as things were winding down, Georginio Wijnaldum noticed someone was missing.

Klopp was sneaking away, back toward the center circle. Wijnaldum chased after him, together with Virgil van Dijk, and hauled him back. The rest of the team closed in. They picked up their manager, hoisted him on their shoulders, and marched him back to the fans. 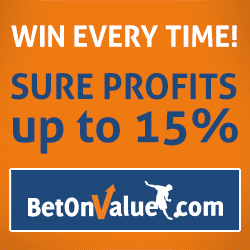 We use cookies and similar technologies to recognize your repeat visits and preferences, as well as to measure the effectiveness of campaigns and analyze traffic.
By clicking "Accept" on this banner, or using our site, you consent to the use of cookies unless you have disabled them. Cookie settingsACCEPT
Privacy & Cookies Policy